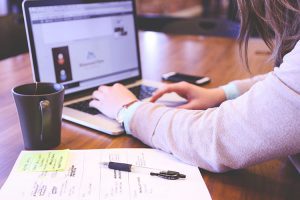 Human Resources may at times find itself at odds with Finance when seeking approval for proposals. While both groups, hopefully, have the organization’s best interests in mind, different approaches and terminologies underscore the differences that often exist between these two departments. In this Astronology®, we present a glossary of terms useful when seeking the buy-in of CFOs and Finance Departments.

ROI: Return on Investment. This refers to how much profit or cost saving is realized in a given period of time – usually a year – as the result of a particular expenditure. Human resources professionals who are sometimes accused of presenting “touchy-feely” rationales for monetary expenditures can use ROI calculations to help develop the financial case for a proposal in a way an organization’s financial staff can readily understand. For example, what are the costs incurred in developing a new training program? What will the monetary benefits of that training be?

Revenue: The total influx of funds into an organization, usually resulting from the sales of goods or services, calculated before costs or expenses are deducted. This figure includes all sales made to customers / clients in addition to other income arising from business operations.

Expenses: All costs deductible from revenues.

Gross margin: Sales revenue minus the cost of the goods sold. This term is often used as a performance measure.

Net income: Revenue minus expenses, including maintenance, taxes, and losses. This term is synonymous with the terms net earnings, net profit, and bottom line.

Value added: The sales price of goods or services minus the cost of any raw materials or inputs purchased elsewhere. Success is often measured by how much value an organization can add to its goods or services.

ROA: Return on assets; the ratio of net earnings to total assets. Sometimes used as a measurement in executive incentive compensation plans.

Asset: Anything owned by an organization or an individual with commercial or exchange value, including claims against others. Accounts receivable, product inventory, and buildings owned by the company are examples of assets. In accounting and finance, employees or an organization’s brand are not assets. Often contrasted with liability.

Liability: Debt or responsibilities owed by an organization that must be paid in the future. Examples of liabilities are accounts payable, bonds payable, and taxes payable.

Deferral of taxes: Postponement of taxes to a later payment period, often by recognizing income or gain at a later time, such as through qualified retirement plans (e.g., 401(k) or 403(b) plans).

Earnings per share: An organization’s net income divided by total shares outstanding, adjusted for common stock equivalents. This is often used as the measurement in executive incentive compensation programs.

Income statement: A financial statement including revenues and expenses incurred during a particular period of time, such as a fiscal year. The business equivalent of your personal checkbook.

Present value: The current value of a cash payment, good, or service, discounted at an appropriate interest rate. By the logic of present value, $5 received five years from now is worth less than $5 received today. Using present-value formulae, assumptions about future interest rates are applied to produce estimates of the current worth of a dollar delivered at some specific point in the future. Such formulae are useful in determining ROI for proposed initiatives.