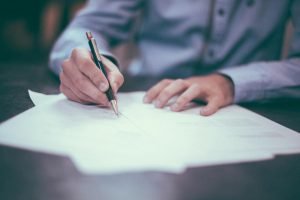 You’re an organization who’s just re-evaluated the pay ranges of your employees in light of current market findings, and you’ve made all the relevant changes. The pay scales have been readjusted for all positions, and it seems that your compensation program is in line with the rest of your industry’s normative baseline. However, as you review the actual salaries of your employees, many are in fact below the new minimum of the pay range for the given position.

Perhaps this undesirable scenario is familiar to you. Perhaps not. Whether or not you’ve seen it in your organization’s annual review, there are ways to combat it. It’s a situation which appears more frequently than one might think; it also has very simple nomenclature and many possible causes and solutions.

The salary described above normally carries what is referred to by compensation professionals as a ‘green circle rate.’ Simply put, a green circle rate denotes any individual employee’s salary which falls below the minimum of the organization’s pay range. This instance usually occurs when, as outlined above, an organization adjusts the pay ranges upwards for a specific position.

If a green circle rate occurs without there having been a recent organizational shift, there can be numerous, less obvious and benign, or perhaps more sinister reasons behind its presence.

One possible benign reason is the recent promotion of the given employee. An individual who has been upgraded to a new job or job tier may have a title that reflects this promotion, but a salary which as of yet does not.

But yet another, more sinister reason, is that there may be racist or sexist discrimination when it comes to an employee. Wherever there has been biased judgment visited upon individual employees irregardless of such relevant issues as their seniority or job competency, an organization must look seriously at its own fairness policies and practices with regard to compensation.

Whatever the reason behind a green circle rate, there are two main approaches to ameliorating the situation. One approach is to immediately raise the employee’s pay to match the adjusted range in accordance with that individual’s seniority and performance. This would most likely be the preferred method for an organization whose budget is large enough to allow such immediate action. The other approach, more appropriate for a smaller budget, is to gradually raise the individual’s wages to the appropriate level, starting first with an adjustment to bring the employee’s pay to the minimum of the range.

But what if another individual in your company is paid higher than the maximum of the position’s pay range? This instance carries what is called a “red circle rate,” alternately known as “ringed, flagged, personal rates, over-rates or out-of-line differentials.” Red circle rates may be caused by demotion, the superior treatment of a spectacular performer, or simple organizational restructuring. Because appropriate actions taken to remedy this phenomenon most often involve a pay freeze, organizational response to a red circle rate often entails a more precarious and unpopular series of actions than does a green circle rate. As outlined by the Auburn University College of Business, some possible solutions (which of course may be used in combination to the greatest possible effect) include the following:

While taking some of these actions may cause uneasiness between employer and employee, they will ultimately benefit both, as the presence of employees paid beyond the market rate can negatively affect the financial standings and morale of an institution.

Each organization has its own compensation philosophy, which in turn determines its pay ranges. No matter what philosophy is used to set those pay ranges, organizations must make sure that those upper and lower pay boundaries are respected and followed. Identifying and properly addressing green- and red-circled employees can ensure that both external and internal equity are preserved in a harmonious balance.