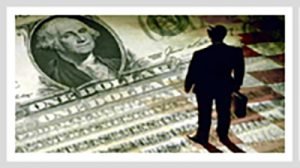 Election years bring about a certain level of anxiety and unpredictability in terms of the results’ impact on the U.S. economy and compensation budget planning.  So as we collectively begin the annual ritual of compensation budgeting, let’s start with a quick analysis of the projected economic climate for 2017.

In a recent report, the Congressional Budget Office (www.cbo.gov) stated the following:

“Under the assumption that current laws governing federal taxes and spending will generally remain in place, the agency projects that real GDP will grow by 2.7 percent in 2017, as measured by the change from the fourth quarter of the previous year. According to CBO’s projections, the unemployment rate will fall to 5.0 percent in the fourth quarter of 2017. As slack in the labor market diminishes and firms must increasingly compete for a shrinking pool of unemployed or underemployed workers, growth in hourly compensation is expected to pick up.”

Of note is the CBO’s differing projection on the unemployment rate vis-à-vis figures from the US Department of Labor (DOL).  As of August 4, 2016, the DOL reports the current US unemployment rate is 4.9%.  The difference in statistics between the CBO and DOL stems from their calculation methodologies.  The CBO figure is based overall economic trends and climate, while the DOL’s figure is based on the percent of individuals still looking for a job. As such, CBO is considered more conservative and realistic.

The key point here is that if unemployment continues to drop, the labor pool will shrink.  This shrinkage will place additional pressure on organizations to compete for talent.  This assessment will be especially true in recruiting and retaining “mission critical” positons. Thus, compensation budgeting will become more decentralized, making compensation budgets more difficult to predict in the future.

A U.S. and Canada Perceptive

“Salary increases are projected to remain stable at 3.0% in the United States and Canada from 2016 to 2017. Minimal change is also expected in unemployment over the same time period with Canada increasing slightly from 7.3% to 7.4%, and the United States decreasing from 4.9% to 4.8%.”

In recent months Astron Solutions consultants reviewed annual compensation budget planning survey results from a number of associations and consulting firms. The following is a brief summary from two of the premier organizations in this area: WorldatWork (www.worldatwork.org) and The Conference Board (www.conference-board.org).

The push for the $15.00 national minimum wage is starting to appear in various states across the country.  This contiunues to be a highly debated issue with a dramatic impact on compensation budgeting.  However, this push often is not reflected in general compensation budgeting surveys. Increases in the minimum wage have a domino effect in setting formal pay ranges and often create compression in employee pay rates.  The compression, in turn, requires additional compensation adjustments to effectively address. Here are a few perspectives to consider on this hot compensation topic.  Please keep in mind that while our review of the matter takes a national perspective, be sure to check your state and local Departments of Labor for the latest minimum wage requirements in those jurisdictions.

According to the Non Profit Times (www.nonprofittimes.com), “some 92 percent of non-profit leaders claim that their organizations’ financial sustainability would be in jeopardy due to minimum wage increases.  In a recent survey, 30 percent responded that employee benefits would be reduced due to minimum wage increases.  According to New York Council of Nonprofits CEO Doug Sauer, “you can raise the wage, but if government doesn’t want to pay it and donors say ‘we want more bang for the buck,’ it’s not a stable workforce. We’re squeezed.” A bump in government contracts would not finance a minimum wage increase for many agencies.  Fundraising for increased operating costs such as employee wages is not a realistic target.”

2. Impact on the Economy

In a recent survey conducted by the Employment Policies Institute (www.epionline.org), “166 economists provided feedback on the economic impact of minimum wage increases.  Nearly three-quarters of these US-based economists oppose a federal minimum wage of $15.00 per hour.

A majority of surveyed economists (71%) believe that the Earned Income Tax Credit (EITC) is a very efficient way to address the income needs of poor families.  Only five percent believe a $15.00 per hour minimum wage would be very efficient in addressing this need.”

1. Financial. These changes will impact a variety of areas, including the following: