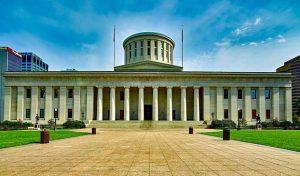 During the sixth month of the calendar year, we like to reflect on adjustments the Federal Government may have already made, or intends to make, to Human Resources related areas for the rest of 2017 and beyond.  With a Republican Administration in place for the next four years, we anticipate possible rollbacks on previous decisions.  In addition, certain hot topics such as equal pay, healthcare, and the Family and Medical Leave Act (FMLA) will remain in the spotlight.

Affordable Care Act (ACA), American Health Care Act (AHCA), & Better Care Reconciliation Act (BCRA)
After much discussion, the American Health Care Act of 2017 passed the House of Representatives with a margin of 217 to 213 this past March. On June 22nd, the Senate released an amendment instead of accepting the House version. Highlights from this amended bill, the Better Care Reconciliation Act (BCRA), include:

As of this writing, it remains to be seen what will happen with the state of healthcare in the US.

U.S. Department of Labor
In April, the Senate confirmed Alexander Acosta for Labor Secretary. He shared with Senators that he wishes to put the interests of workers first: “As a former prosecutor, I will always be on the side of the law and not any particular constituency.” Senator Lamar Alexander (R-Tenn.), the Senate’s Health, Education, Labor and Pension Committee Chairman, noted of the new Labor Secretary that “[he] understands how a good-paying job is critical to helping workers realize the American dream for themselves and for their families.” With time and action we will be able to assess future decisions and actions from the U.S. Department of Labor.

One pressing matter is the Final Rule injunction made in November 2016. According to the United States Department of Labor’s website, “On April 19, 2017, the U.S. Court of Appeals for the Fifth Circuit granted a request by the Department of Justice for an extension of time of sixty days, until June 30, 2017, in which to file its reply brief. The additional time was requested on behalf of the Department of Labor ‘to allow incoming leadership personnel adequate time to consider the issues’.”

National Labor Relations Board (NLRB) & Equal Employment Opportunity Commission (EEOC)
The General Counsel seat is vacant for both the National Labor Relations Board (NLRB) and the Equal Employment Opportunity Commission (EEOC). It is expected that the Trump administration will elect Republican members to these positions. With many seats in the EEOC expiring later in 2017, we also should anticipate a Republican majority EEOC board by the end of 2017.

Equal Pay and LGBT Worker Protections
Equal pay continues to be a hot topic for human resources and Capitol Hill. In March of 2017, President Trump signed an executive order that would revoke the Fair Pay and Safe Workplaces order of 2014. The 2014 order safeguards workers by requiring businesses that receive federal contracts to stay close to labor and civil right laws. It also removed wage transparency rules and barred forced arbitration clauses for sexual harassment cases.

LGBT advocates believe this order rolls back their rights and breaks a previous commitment to the community to not change such existing policies. The executive order President Trump signed revokes the requirement that federal contract seeking companies prove federal compliance with laws banning discrimination based on sexual identity or orientation. It is believed this order will make it difficult for victims to make substantial claims of worker mistreatment.

Occupational Safety & Health Administration (OSHA) and Family & Medical Leave Act (FMLA)
The Senate moved to repeal an Occupational Safety & Health Administration (OSHA) rule that sanctioned employers for “failing to make and maintain injury and illness records beyond the 6 month statute of limitations set by OSHA.” President Trump signed the repeal on a rule stemming from a case involving Volks Constructors.

We look to learn more about the current Republican administration’s plans surrounding the Family & Medical Leave Act (FMLA). Anticipated adjustments include extended time off for new parents and other child care policies.

Your Perspective
Are there other topics or decisions made on Capitol Hill that you think will affect HR policies and practices in 2017 and beyond?  Feel free to share your thoughts in the comment section below!