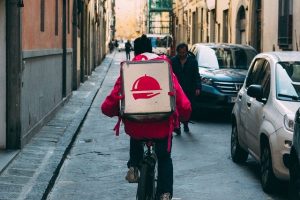 Currently, 57.3 million people in the United States work in freelance, or the “gig economy.” What is the “gig economy”? How much can it impact the future workforce? In this Astronology® we will do a deep dive into the increasing presence of the gig economy and how HR departments need to adapt.

The “gig economy” is not a new phenomenon. The phrase actually encompasses all sorts of contingent work arrangements such as:

In 2014, gig work made up between 14% to 20% of the American workforce. Due to its flexible nature, gig work has become an attractive mode of work for younger generations. A 2019 Deloitte Global Millennial Survey reported that 84% of millennials and 81% of Gen Z-ers said they would consider joining the gig economy. Fast forward to 2021, after dealing with a yearlong pandemic, the gig economy has accelerated. It is estimated that gig work in the United States in 2020 increased to 35% of the American workforce. It is anticipated that by 2023 gig work will make up half the U.S. workforce.

The fluctuating nature of gig work requires Human Resources to be aware of the legal requirements and best practices in building and enforcing policies for areas often involved in “gig” occupations. There are also challenges in managing gig workers. While the gig economy continues to grow, we will continue to see Human Resources evolve and develop best practices to appropriately handle this unique workforce.

The Challenge of Managing the Gig Economy

Lately, there has been a tug-of-war on how companies should responsibly manage gig workers. Issues surrounding appropriate  background checks have been raised in the past. Most recently, large gig companies such as Uber and Lyft have been challenged on how they classify and compensate their drivers. This led to the 2020 California Prop 22 vote. This law allows businesses to classify gig workers as independent contractors.   This law also requires employers to provide those individuals with a healthcare contribution subsidy and 120% of the local minimum wage. HR professionals should be aware that as the gig economy grows, more laws from cities, states, and even at the federal level may arrive soon.

In fact, the Secretary of Labor, Marty Walsh, acknowledged that he thinks that most gig workers should be classified as employees. He explains in a Reuters interview, “We are looking at it but in a lot of cases gig workers should be classified as employees… in some cases they are treated respectfully and in some cases they are not and I think it has to be consistent across the board.”  He also added, “These companies are making profits and revenue and I’m not (going to) begrudge anyone for that because that’s what we are about in America. But we also want to make sure that success trickles down to the worker.”

How Can the HR Department Prepare for Gig Economy Workers?

It is evident that gig work will continue to have a growing impact on the workforce. While we expect laws to guide HR workers in best practices, HR workers should take progressive steps now to prepare for how to best handle potential gig work in their organizations. Some areas to think about are the following:

Looking to the Future

Since it is anticipated that gig work will make up half of the U.S. workforce within the next two years, HR workers should be more engaged in learning how gig work functions in their industry. It is equally important for HR workers to become aware of the latest legal trends impacting the gig economy. Does your organization hire gig workers? Are they looking to possibly include gig work in the future? Share your thoughts in the comment box below.