Although at the end of 2015 New York State’s minimum wage is scheduled to increase to $9.00 per hour, the recent New York State “fast food” minimum wage has been approved to increase to $9.75 per hour, and eventually reach $15.00 per hour.  If you do not work in the restaurant industry, or in New York State, you may think this recent change doesn’t affect you. However, as of late, many industries are concerned that this change in the restaurant industry may have a quick domino effect on other industries. Astron Solutions discusses the challenges this new change presents other industries and the overall economy today. 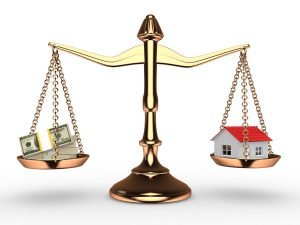 A recent New York Times online article expressed that this recent decision to raise the minimum wage for fast food workers to $9.75 per hour “thrust(s) New York State to the forefront of the current experiment.” The article goes on to state that “based on projections from government data, the proposed $15 minimum wage for fast-food workers could represent more than 60% of the wage of a typical New York City worker when it takes effect at the end of 2018…” The New York Times online article highlights the 2003 minimum wage increase of Santé Fe, New Mexico, to compare and predict New York’s possible future. Despite a concentrated analysis with current modern tools, economic analyses of the Santé Fe increase suggest it had little effect on employment.

Astron Solutions’ Michael Maciekowich notes that the impending changes have caused quite a stir.  According to Mike, “numerous Astron clients in New York State have called, concerned that the ‘fast food’ minimum wage will in essence become the new state minimum wage, in that these organizations compete for entry level staff with the fast food industry. As the ‘fast food’ minimum wage increases to $15.00 over the next four to six years, organizations that compete for staff with this industry will have no choice but to raise their minimum wages to compete.  This will also have a domino effect, in that this increase in the entry wage will create pay compression with coordinators and supervisors in the same work units.  This compression will add unforeseen additional budgetary impact.  For non-profit organizations, this will just add to concerns of how to address increasing pay expenses to already shrinking revenue dollars.”

A Forbes online article highlights a portion of New York Governor Andrew Cuomo’s announcement speech about the minimum wage change: “The taxpayers of this nation have been subsidizing the workers at McDonald’s and Burger King at a cost of over $7 billion annually and that’s just wrong.” Forbes expresses how welfare payments are not by and large subsidies to employers.  Through a quote from Arindrajit Dube, a scholar in support of minimum wage hikes, the Forbes article reminds us that for employers to truly have public subsidies, their wages would have to be lower. “Depending on where one is on the EITC (Earned Income Tax Credit) schedule, that policy can increase work incentives.” Analysis from UC Berkeley’s Jesse Rothstein alludes that for every $1 EITC workers use, post-tax income rises by only $0.73. Also of note is that these primarily affected businesses are franchises, not major corporations. The money projected that restaurants such as McDonald’s and Burger King collect annually does not reflect how much a franchisee will actually earn. According to Forbes, franchises are more similar to a “Mom and Pop store” than a giant corporation.

Concern for this change is coming from all angles. Franchisees are wondering if they can really afford the increases. Organizations outside of the fast food industry are concerned they may lose some workers to fast food positions that pay more. What can be done?

A Fast Company online article examines the popular fast food chain Chipotle, and how they could address the living wage issue. Chris Arnold, a Chipotle spokesman, mentioned in an e-mail to Fast Company that “we have never taken a position on the minimum wage and believe that a minimum wage or starting wage tells only part of the story; We already pay above minimum wage and over benefits that are more than competitive.” Some of those benefits include paid sick & vacation days and tuition reimbursement. The Fast Company Online article explains that even if the company had the CEOs’ paychecks reduced to $1 per year and divided the compensation among the current employees, it would result in only a $0.55 increase per hour for an employee working 40 hours per week. So what could they do? In San Francisco, this year the minimum wage increased to $12.25, and will increase to $15 by 2018. Coincidentally, it has been noted that Chipotle raised its menu prices in the city by 10%. Such a move sends the message that customers have to share in the responsibility of lifting minimum wages. In short, if you can afford an $11 burrito, then you can probably pay for the same burrito with the cost increased by $1. Time will tell if this will work.