In the last few months, there’s been a lot of conversation on executive pay. CNBC news reported that in 2014, “the average S&P 500 company CEO made 373 times the salary of the average production and non-supervisory worker in 2014.” This is an increase from the 331 times the salary average in 2013. Why the sharp increase? What about the recent news of Unilever CEO Paul Polman’s reaction to his own salary? Astronology takes a brief look into executive pay. 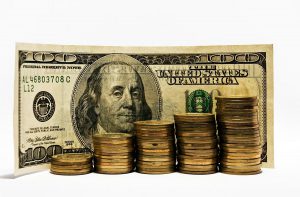 According to the aforementioned CNBC report, a survey by the Hay Group in 2013 found that 37% of CEO pay was in cash, while the percentage paid in stock and stock options was 54%. It was also discovered that a number of companies added the stock option to CEO packages after the 2008 financial crisis. The thought behind this move was that since stocks were low, “giving execs equity was likely to make them richer in the longer term.” Considering that CEO pay is typically not tied as much to performance but more so the size of the company, it’s easier to see that the combination of these factors may be part of why CEO pay has gotten so high.

Paul Polman, the current CEO of Unilever, revealed recently to the Washington Post that he was “ashamed about the amount of money” he earns. In general, Polman is considered “a global business leader with a conscience.” The CEO of Gravity Payments took this concept a step further.  He announced in April of this year that he would be raising the company’s minimum wage to $70,000. This is a $22,000 per year increase for its 120 workers. How does he plan to make this work? By reducing his $1 million annual salary to the company’s new minimum wage of $70,000. Forbes.com mentioned that the company will also have to allocate roughly 75 to 80% of its annual $2.3 million profits to further the minimum wage change.

Currently, there has been robust debate on whether implementing some form of pay for performance in executive pay could help with at least justifying executive pay levels. One particular aspect is the SEC’s proposed mandated “compensation actually paid” (CAP). This mandate would require more disclosure of executive pay, including more transparency to the company. However, some feel like this mandate will only give a “hazy” link to pay for performance. This means the search is still on to find a way to understand and regulate executive pay.

Has your organization been faced with dealing with repercussions from high executive pay? Are you searching to find a way to link executive pay to performance? Write to Astronology, and tell us what your attempts have been, or if your organization has found some sort of solution. We look forward to hearing from you!