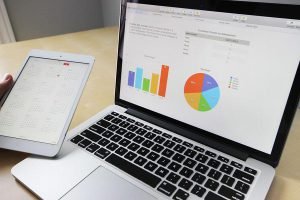 It’s that time of year again. Your organization is conducting performance reviews. There’s general mayhem as both your highest- and lowest-performing employees scramble to finish the most work possible in order to attain the highest rating and to get that elusive increase in pay.

OK, while this may not be a realistic depiction of your organization, at the very least it is safe to assume that most of your employees want to do well enough to qualify for some kind of financial promotion. However, taking into consideration an employee’s performance rating alone often does not reveal the true market value of that performer.  The performance rating taken in tandem with an employee’s compa-ratio reveal a fuller picture.

For those perhaps a bit unfamiliar with the terminology, while they are sometimes referred to as “compensation” or “comparison” ratios, the “compa-ratio” is defined as the percentage obtained by dividing the actual salary paid to an employee by the midpoint of the salary range for that position. Simply put,

It’s a very simple formula, and a powerful one when it comes to deciding how large of a raise in pay an employee needs at a given time. It allows an organization to understand how an individual’s pay relates to the organization’s pay ranges and the market. If the individual’s compa-ratio is 100%, then the individual is already being paid what a competent performer would be. Following is an example which demonstrates how to calculate an individual employee’s compa-ratio.

Here are five clear percentages. The former two are below what a fully competent solid performer should be paid, the middle figure is exactly at midpoint, and the latter two are above the midpoint for the given position.

But how does one use compa-ratios? Well, while pay scales always have a defined range, so too do compa-ratios. As outlined on the website of Australia’s National Remuneration Centre there are ordinarily five zones, each associated with a pre-defined level of performance:

“A commonly accepted range for compa-ratios is 80% to 120%, which in turn can be divided into five zones, ie:

Each one of these zones is associated with a pre-defined level of performance, with 100% representing fully competent performance in the job.

The five compa-ratio zones range from the lowest level for new, inexperienced incumbents, or unsatisfactorily performing incumbents, through to the highest level reserved for those universally recognized as outstanding performers.

A broad definition of each zone is therefore:

If we use these zones to compare the salaries of the aforementioned five receptionists, Receptionist A would be making a salary comparable to that of an unsatisfactorily-performing employee; B and C, that of a fully-competent performer; D, a higher-level performer; and E, an excellent performer. Comparing these five percentages with the actual performance of each receptionist will indicate necessary changes to the individual’s pay. Ideally, an employee’s performance should of course match the compa-ratio range into which their salary falls.

“Compa-ratios are a valuable tool for obtaining a benchmark of employees’ salaries against pre-determined standards,” explains National Director Michael Maciekowich.  “While using compa ratios lock-step with pay raises may hinder an organization’s flexibility, the figure can be helpful in ensuring that top performers receive the compensation commensurate with their contribution.”

When the time rolls around for your organization to conduct performance reviews, the compa-ratio coupled with the employee’s rating will provide much-needed insight into whether or not a substantial or below average raise in pay is appropriate.