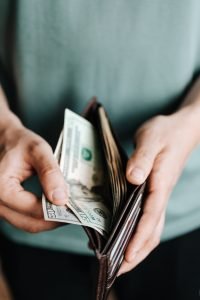 In January 2021, legislators introduced the “Raise the Wage Act of 2021” bill. Its objective is to increase the federal minimum wage from $7.25 an hour to $15 an hour by 2025. It would be the first increase in more than a decade…the longest stretch since 1938. According to House Speaker Nancy Pelosi, a $15 federal minimum wage remains a high priority. President Biden also has mentioned he is open to discussing federal minimum wage hike, and does believe that it should be increased to $15 an hour. In this Astronology®, we will discuss what the Raise the Wage Act plans to do, the advantages and disadvantages of this law, and what employers currently are doing in response to it.

What Does the Raise the Wage Act Do?

What are the Advantages of Increasing the Minimum Wage?

There are many advantages to increasing the federal minimum wage. For starters, it would lift the pay of an estimated 30 million workers (21% of the U.S. workforce). A majority of the families that would be affected by this pay increase are currently below the poverty line. Keeping this in mind, the extra $3,300 a year the increase would create would be beneficial for these families.

The “Raise the Wage Act” also could help narrow the racial pay gap. African Americans and Latinos are paid 10% – 15% less than white workers with the same characteristics. Raising the federal minimum wage would give nearly 30% of African American and 26% of Latino year-round workers an increase of $3,500 annually.

Overall, raising the minimum wage would improve the standard of living and morale for employees and, as a result, strengthen the entire country’s economy and wellbeing. Growing businesses also would see improved retention rates as employees would most likely opt to stay.

What are the Disadvantages of Increasing the Minimum Wage?

It is only fair that we also consider the possible negative effects of increasing the federal minimum wage. For example, the Congressional Budget Office (CBO) reported in a study that by 2025, if the minimum wage reaches $15 per hour, employment would be reduced by 1.4 million workers. Some believe that increasing the minimum wage could negatively affect small businesses. Small businesses would be forced to make tough decisions in order to cope with a mandated $15 minimum wage, decisions such as eliminating positions, cutting employee hours, reducing benefits, automating or outsourcing jobs, or closing down completely. Various industries could be more impacted with similar challenges as well. Some employers may even replace low-income workers with machines in order to keep costs down, resulting in an increase to unemployment.

Opponents of the “Raise the Wage Act” also point out that different regions have different economic conditions and thus cannot have the same wage policy. For instance, the median wage for Mississippi is already $15 per hour. Imposing a $15 minimum wage to Mississippi would be like imposing a $35.74 minimum wage in Washington, D.C., the equivalent of the more than $74,000 per year. A suggested solution is using a locality-based wage system tied to the median wage, while ensuring that it does not disproportionally impact lower-cost areas negatively.

Looking to the Future