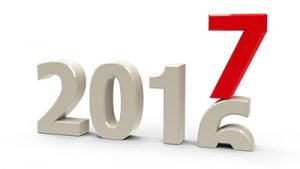 We find ourselves again at the end of another year! Can you believe the 4th quarter of 2016 is coming to a close? Continuing with previous year ending Astronology® releases, we will review some hot button issues & events in Human Resources in 2016, and how they may reappear in the HR realm during 2017.

In September, many were surprised to learn that a college campus, Long Island University’s Brooklyn Campus (LIK-Brooklyn), was undergoing a faculty lockout. In a September Astronology®, we discussed work stoppages and learned that they are not held often.  Lockouts and other forms of work stoppage occur with even large organizations, such as the NFL and Kellogg’s. Is it possible that other organizations can possibly find themselves in a similar bind in 2017? We certainly hope not. However, there have been murmurs of another sports franchise narrowly avoiding a lockout in the upcoming year. As a result, we do need to be mindful of the issue.

In recent years, we have been peppered with discussions over living wages, the “Fight for $15” campaign, and their impacts on Human Resources and compensation. In April of this year, we saw New York Governor Andrew Cuomo reveal plans to raise the minimum wage to $15 by 2021. Other cities have also followed suit…or have already begun rolling schedules to reach higher wages. With the presidential elections over, and President-Elect Donald Trump making cabinet selections, many wonder what will become of the federal minimum wage. We all eagerly wait to see what happens with the minimum wage in 2017.

FLSA Final Rule. Is it on? Or off?

A number of organizations worked closely with their Human Resources partners and departments to prepare for the enactment of the FLSA Final Rule announced in May 2016. In some cases, job descriptions had to be clarified in order to help distinguish levels of positions.  In other cases, adjustments in pay had to be made to ensure compliance. Then suddenly in November, a few days shy of the December 1 active date, an injunction was called and everything was put on pause. With a new presidential administration coming in, organizations are left with questions. Will the FLSA Final Rule push through? Will it be completely thrown out? Is it possible the mandate will be reformed? Only time will tell. We all anxiously await. In the meantime, it’s been suggested that organizations that have already made adjustments keep them, as the federal hold on the FLSA rule does not change any city or state laws.

It’s predicted that by the year 2020, millennials will make up 75% of the workforce. This advancing change in workforce makeup also has accompanied an advance in technology. This technology can take many forms, including automation, gamification in performance reviews, and data analysis. Astron is especially hopeful to seeing more advancements in the area of HR technology and data analysis as a part of organizations’ strategic decision making processes.

As 2016 comes to a close, we eagerly look forward to 2017 for some answers to questions and some surprises in Human Resources. Were there other topics from 2016 that you think may make a resurgence in 2017? Why not share your thoughts with Astronology®! We’d love to hear your opinions!