To fully examine this issue, it is important to understand the complications of today’s working world that make FLSA issues difficult to address. A law that was created in the late 1930’s does not have the same applicability in today’s workplace. And yet, as human resource professionals, we need to ensure our organizations maintain legal compliance. 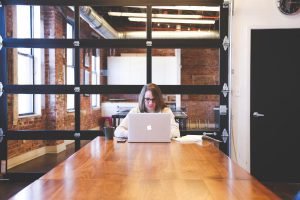 Before addressing the question at hand, it is necessary to understand several key FLSA concepts that impact the payment of extra compensation to exempt staff, especially on an hour for hour basis.

To be exempt under the FLSA, an employee must be paid on a salary basis. This means that

The FLSA defines work as “all activities which benefit the employer and which the employer knows or has reason to know the employee is performing.”

Providing performance incentives to your firm””s top exempt performers often improves retention and keep them from moving on to another employer. But can you legally provide financial incentives to exempt staff without jeopardizing their exempt status for federal overtime purposes?

For many years, paying exempt salaried employees extra compensation for hours worked beyond their regular schedules may have compromised their exempt status. However, U.S. Department of Labor (DOL) regulations and recent court rulings appear to be moving towards more employer flexibility in providing additional compensation to exempt employees for extra hours worked.

Under federal wage and hour law, many managers and employees are considered exempt from overtime under the so-called “white-collar” exemptions. These exemptions for executive, administrative, and professional employees apply if two criteria, a duties test and a salary test, are met. Generally, this means that they must perform certain duties as specified by the law and they must be paid on a salary basis. The salary test requires that the employee be paid a guaranteed salary of at least $250 per week. According to DOL regulations, an employee is paid on a salary basis if the worker receives a predetermined amount of compensation each pay period that is not subject to deductions based on the quantity or quality of work performed (29 CFR §541.118(a)).

It should be noted that alternatives to the $250 per week salary test permit payment of a lower salary. These alternative tests, however, require that additional duties also be performed. Also, doctors and lawyers are excluded from the salary requirement and may be paid hourly without losing their exemption as professionals.

But does the payment of additional compensation to salaried employees for extra hours worked conflict with the concept of being paid a salary? Although the DOL has long held the position that it does not conflict, several courts ruled otherwise. Now that view appears to be shifting. More recent court rulings have held that paying salaried workers for overtime does not affect their status as exempt employees.

DOL regulations state that the predetermined amount of pay may constitute “all or part” of an employee””s total compensation (29 CFR §541.118(a)). The rules also explain that receiving additional compensation, besides the predetermined salary amount, is not inconsistent with being paid on a salary basis (29 CFR §541.118(a)). Therefore, it does not affect an employee””s exempt status. In addition, the DOL””s field instructions to its investigators stipulate that if employers choose to provide additional pay to exempt salaried employees, they may do so on any basis, i.e., at time and one-half, at straight-time, or at a flat rate.

Looking to recent court cases for guidance, in Brock v. Claridge Hotel and Casino (1998), the 3rd U.S. Circuit Court of Appeals ruled that additional compensation paid to salaried employees defeated their salary status and rendered them ineligible for the executive exemption from overtime. In Brock, the employees had been guaranteed a minimum weekly salary of $250 and were paid by the hour additional compensation over the minimum, according to the number of hours that they worked. In practice, the employees rarely ever relied on the guaranteed minimum because they were paid a high hourly rate and, in a normal workweek, their pay well exceeded the minimum. The court concluded that the guarantee bore no relation to the method by which they were paid and their pay structure more closely resembled an hourly pay rate.

In 1997, the same court heard Boykin v. Boeing Co. In Boykin, employees compensated with a set salary for a standard forty hour workweek were also paid premium rates for hours over forty. The court ruled that this practice did not violate the salary basis test because salaried employees receiving additional pay at an hourly rate had no fear of having their compensation docked on the same basis. This suggests that salary deductions, not additions, are of most concern. Other federal appellate courts in the 4th, 5th, 6th, 8th, and 10th Circuits have concluded likewise, as have courts in Alabama, Connecticut, the District of Columbia, Georgia, Illinois, Indiana, Louisiana, Massachusetts, Michigan, New York, and Pennsylvania.

DOL guidance clearly permits employers to compensate exempt salaried workers for overtime on an hourly basis without losing their exempt status. Although not all jurisdictions have weighed in on the issue, recent court rulings seem to permit such payments. These rulings give employers more flexibility to pay exempt salaried workers additional compensation for work over and above their regular schedules.

But other factors may destroy the exemption. For example, deductions from a salaried worker’s pay, if not made in strict accord with DOL rules, can cancel the exemption. Setting a guaranteed salary so low as to be meaningless may also be suspect. And if an employee’s salary is, in reality, entirely dependent upon hours worked, courts are likely to find the practice inconsistent with salaried status.

Astron Solutions strongly recommends discussing this issue with appropriate legal counsel. Organizations with the desire to compensate exempt employees for working extraordinary hours might want to consider an option one of our clients implemented. This organization informally tracks the extra hours that exempt employees work. At the end of each quarter, this data is reviewed and given consideration when determining quarterly exempt performance bonuses. In many cases, the bonus often coincides with the number of extra hours the exempt employee works.