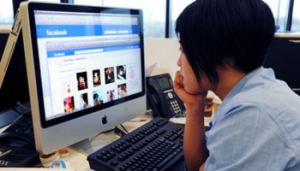 Recently, a Yelp company employee, “Jane,” was fired after blogging about her CEO. Her blog focused on how the CEO did not provide employees with a living wage, and that after taxes she was making approximately $8.15 per hour. She went on to describe how certain employees were homeless or how some were forced to move home with their families in order to live. Subsequently, “Jane” was terminated from her position at Yelp.

This raises the question: Can an employer terminate an employee for his / her conduct on social media? The National Labor Relations Board (NLRB), which covers all employers – not just unionized employers – has made numerous determinations over the last few years on this very topic, and yet the waters are no less murky. In general, for conduct to violate NLRB standards it must be both “protected” and “concerted.” To be “concerted” the activity must in some way relate to group (more than one person) action, such as “acting with the authority of or on behalf of co-workers,” “seeking to initiate and induce or prepare for a group action,” or “bringing shared complaints to the attention of management.” The NLRB’s general counsel concluded in one case that an employee who referred to her supervisor as a “scumbag” on Facebook did not lose the protection of the National Labor Relations Act. In another instance, an employee called her supervisor a “mental patient” on her Facebook page. She criticized her boss by stating “love how the company allows a 17 to become a supervisor,” with “17” being an insider’s term for psychiatric patient. Her employer, American Medical Response, had a policy that forbade employees from criticizing the company online, but the NLRB issued a complaint against the company, arguing that such a policy was too broad, and that the online comments amounted to “protected concerted activity.”

The NLRB general counsel has stated that even if an employer rule does not explicitly limit “protected concerted activities,” an unfair labor practice finding will be supported where:

1. The employee would reasonably construe the rule to prohibit activities;
2. The rule was promulgated in response to union activity; or
3. The rule is applied to restrict the exercise of employee rights under the NLRB.

These decisions make drafting organizational policies on social medial and disciplinary actions for conduct on social media very difficult. Policies should be narrowly drafted to ensure that they avoid any restriction of protected concerted activity, and to ensure that they contain disclaimers of any interference with protected concerted activities.

This article is intended for general information only and should not be construed as legal advice. For assistance in drafting social media policies or for questions related to this article, email Mark@pmphr.com or call (516) 921-3400.