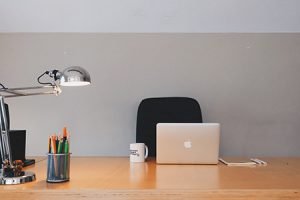 New York City Mayor Bill De Blasio signed the Freelance Isn’t Free Act (FIFA) back in November 2016. The law goes into effect May 15th, 2017.  With an estimated four million freelancers in the New York City Metro area, the new law looks to rectify the payment challenges freelancers sometimes encounter. For instance, in 2014, the Freelancers Union discovered that 50% of reported freelancers had trouble collecting payments owed for their work. 81% of these freelancers experienced being paid late for their services, and 34% were not paid at all for some projects. Perhaps your organization currently employs freelance workers for various functions. If so, organizations that hire freelancers from the New York area, as well as organizations that function in the New York area, should take special note of this new law.

Temporary workers, contract workers, independent contractors, and freelance workers all fall into the growing category considered the “gig economy.”  FIFA is considered one of the first attempts to deal with this segment of work, employment that covered just 10% of early 2005’s workforce.  Ten years later, in late 2015, the gig economy encompassed 16% of the workforce. It is anticipated that this field will continue to grow and have a significant impact on employment in the coming years. To protect these freelance workers, FIFA creates a formal means for enforcement of freelancers’ labor rights. Highlighted features of the non-retroactive law include the following:

An Entrepreneur online article written by Carol Roth suggests that organizations review current contracts and practices with respect to hiring independent contractors / freelancers, and to consult a lawyer with any concerns. The New York City Office of Labor Standards website also should be referenced for more details on FIFA and sample contracts for both freelancer workers & hiring organizations. Roth also noted that even if FIFA currently does not cover your organization, pay close attention that local, state, and / or federal definitions, such as in the Fair Labor Standards Act, do not define a hire you consider to be a freelance worker as an employee.

What has your organization done to prepare for the newly enacted Freelance Isn’t Free Act?   If you’re not in the New York City area, what actions might you take in advance of potential future state or local legislation?  We’d love to hear your thoughts in our comments section below!