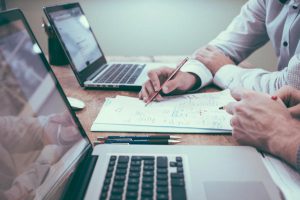 It’s a fact of life we can’t avoid. Whether it’s working in a professional environment, learning in the educational realm, or interacting with friends or family, at some point in time we all have to face criticism. How we may perceive that criticism depends on whether we are on the giving or receiving end.

If someone needs to give constructive criticism to an individual, it is highly important to find an instrumental time to share this feedback. ChangingMinds.org, a website dedicated to the book Changing Minds in Detail by David Straker, advises, “When criticism is needed, do not avoid it, although you should pick your moment.”  Other tips include the following:

Do not criticize in public

There’s nothing worse than being publicly embarrassed, even if the mistake is small. It is better to give the recipient his or her dignity and due privacy.

Explain exactly where the person can improve. Specifics can help the person receiving the constructive criticism to understand that he or she is not incompetent, and can make some adjustments in a specific area to become better.

Ensure that the criticism is understood clearly to help erase any doubts the person may have that he or she is being singled out as a target. Rather, the feedback is for his or her benefit.

Check that the individual knows the positive future change focus

Part of making sure that the criticism is understood includes checking to make certain that the individual perceives the feedback is for positive future change.

Discuss what happens next…support the person in moving forward

Make the discussion a positive dialogue by addressing what happens next. This includes creating goals or steps to move forward. This step also allows the individual to feel confident he or she has the support needed, and to view the criticism positively.

Psychotherapist Dr. Barton Goldsmith Ph. D. also noted that tone of voice and eye contact are also essential when giving criticism. Both communicate sincerity, which demonstrates to the recipient that he or she is receiving positive council.

The Top Three Ways to Give Bad Constructive Criticism

Usnews.com published an article entitled “7 Mistakes Bosses Make When Giving Criticism.”  Three of these critical mistakes include the following:

Not Putting The Criticism in Context

By not putting the criticism in context, the individual can become confused as to how the criticism fits with his or her goals within the organization. This may also lead to the person to ignore the feedback.

By not explaining the consequences for not taking action as a result of the constructive criticism, the person provided the feedback leaves himself open to misunderstanding and unnecessary “office drama” between workers who did not understand the possible consequences sooner.

Just as bad as not explaining consequences is not having them at all. The goal is not to “scare” employees into changing. Rather, it’s imperative to communicate that change is necessary in order to help motivate. Having some consequences helps to remind employees that they play important roles in the success of their organizations, and that they must continue to make progress in order to help build their organizations.

Criticism, even when it’s constructive, can sometimes hurt. In the workplace, it is highly important that the person tasked with giving constructive criticism do so in such a manner that gives the receiver of the feedback due respect and dignity. Sharing feedback privately, making sure the information is clear and helpful, and providing it in a positive and supportive manner are all important steps in making a potentially challenging conversation a positive one.