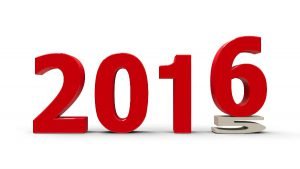 Hello Astronology Readers! As we press forward into 2016, Astronology will review two more considerable topics that impacted Human Resources in 2015. In this issue, we will explore work / life balance and labor law developments.

According to the latest Organisation for Economic Co-operation and Development (OECD) Better Life Index,America currently ranks 29th out of 36th in the area of Work life Balance. Interestingly enough, Fast Retailing, a company that owns Theory, J Brand, and Uniqlo, has decided to test a four day workweek. According to an Entrepreneur online article, “the program would allow 10,000 employees in Japan to work 10 hours four days out of seven. However, the plan does not necessarily mean workers will get three consecutive days off.” A company spokesman informed NBC news, “We”ve got a big program at the moment, working towards empowering women in the workforce,” the spokesman said. “The idea is that if you”ve got kids, it gives you a lot more flexibility.” Interestingly, at 31st, Japan ranked close to the United States on the OECD index. It wouldn’t be too far of a stretch to see companies and organizations in the United States offer similar programs in the future.   Consider these findings from the Staples Advantage 2015 workplace study:

A NextAvenue online article highlighted that having a four day workweek would be beneficial for Baby Boomer employees, as it will allow them to handle doctor appointments, manage possible eldercare responsibilities, spend time with family, learn new skills, and transition into retirement.  However, a BGR article posits that the four day workweek schedule will only get popular in the future as productivity measurements change.

In a number of tech sectors, flexible workweek and unique vacation packages are not uncommon. For instance, 74% of Cisco Systems employees have the ability to telecommute. 68% of IBM employees have the telecommuting option as well. An earlier Astronology article highlighted vacation offerings in some technology-based companies including:

Astronology has discussed the concern surrounding minimum wage increases as a highlight of 2015. Back in July we also explored the concerns involving the proposed Fair Labor Standards Act (FLSA) adjustments raising the minimum salary threshold for exempt classification. Another legislative issue that made headlines in 2015 is the series of “ban the box” laws. For example, as of October 2015, New York City’s Fair Chance Act came into effect. Like other “ban the box” laws that have been adopted in 19 states, the Fair Chance Act prohibits an employer with at least four employees from inquiring about an applicant’s criminal conviction record or pending arrest until after a conditional offer of employment has been made.  For more information as to adjustments your organization will have to make to employment applications and managers’ hiring practices, we here at Astronology encourage you to seek legal counsel to be clear on proper implementation.

Were there other hot button issues in human resources this year you felt deserved recognition in our year end wrap up? Why not write your thoughts to Astronology! We’d love to share your insights in a 2016 feature!