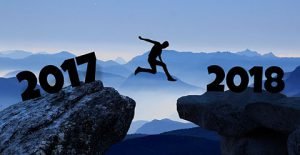 We are here again, the end of another year! 2017 came and flew by! As in previous issues of Astronology®, we would like to take our last issue of 2017 to look at HR trends and topics that could possibly be impactful for the coming new year.

Workplace Culture and Human Resources Policy
With the recent increasing reports of sexual harassment in a variety of workplace sectors, 2017’s fourth quarter has been filled with talks about workplace culture and Human Resources policy. A pressing concern in this area is some organizations’ negligence in reinforcing HR policies surrounding this issue of workplace harassment. We expect continued talk into 2018, as well as actions to promote workplace environments where employees feel comfortable reporting alleged harassment incidents, with the confidence that the organizations they work for will support and follow through with proper procedure. Other areas for expected HR policy adjustment include equality in the workplace, in areas such as gender, race, and sexuality.

Talent Management and the Multigenerational Workforce
This past May, we released an article on alternatives means to measure performance. This was largely due to continued growth in organizations breaking away from traditional performance reviews. Why the movement? There are many factors, including the nature of work changing due to technology and the impact of new generations in the workplace. For the last few years, we’ve studied and prepared for the wave of Millennial (born 1981 to 1995) generation workers. This meant understanding what this age group values and structuring organizations to appeal to these values, in order to gain and retain talent.  A noted value of this age group has been continuous feedback.  As a result, many organizations have sought ways to meet this need, resulting in a new wave of measuring performance.

There are also early notes that a new wave of generational employees already is moving into the workforce. The earliest born iGen, or Generation Z (born in 1996 and later), have started to hit the workforce. This means now, more than ever, organizations have to learn to strike balance within a multigenerational workforce. This means designing retention tools and a work environment to fit the ever evolving employee collective. A recent Forbes online article even suggests that such a dynamic environment leads to a competitive advantage. We expect this to be a continuing trend well beyond 2018.

Federal Policy
As mentioned in a previous Astronology® there are some anticipated policy changes or adjustments expected in 2018. To recap:

HR Technology
We also expect to see continual advancement of HR Technology in a variety of ways. Cloud-based HR software has been becoming the norm for many organizations, small to large. It allows for mobility, “on the go” around the clock access, and has become increasingly affordable. As remote work continues to be a possible work option, such access has becoming increasingly appealing. Gamification also has shown growth in HR, as it can be used to encourage performance, employee engagement, and training. Also expecting to make an appearance in 2018 is the use of big data to make HR decisions on hiring staff and increasing retention rates. It also is suggested that organizations can use data analysis to predict performance.

Closing Out 2017
As 2017 comes to a close, we eagerly look forward to 2018 for some answers to questions in regards to HR policy, and undoubtedly some surprises in Human Resources overall.  Are there other topics that you think may make some impact in 2018? Why not share your thoughts with Astronology®! We’d love to hear your opinions!