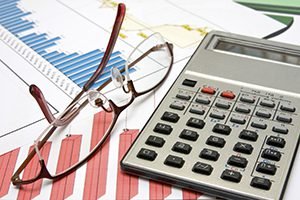 Seven months have passed since New York State’s minimum wage increased to $9.00 per hour, while the “fast food” minimum wage increased to $9.75 across most of the state, and to $10.50 in New York City. If you do not work in the restaurant industry, or in New York State, you may think this change doesn’t affect you. However, an increasing number of industries are concerned that these pay increases will have a negative domino effect on their organizations. In this issue of Astronology®, Astron Solutions discusses the challenges these new increases present to employers outside the fast food industry.

Last year, a New York Times online article expressed that the decision to raise the minimum wage for fast food workers “thrust(s) New York State to the forefront of the current experiment.” The article goes on to state that “based on projections from government data, the proposed $15 minimum wage for fast-food workers could represent more than 60% of the wage of a typical New York City worker when it takes effect at the end of 2018…” The New York Times online article highlights the 2003 minimum wage increase in Santa Fe, New Mexico, to compare and predict New York’s possible future. Despite a concentrated analysis with current modern tools, economic analyses of the Santa Fe increase suggest it had little effect on employment.

Last year when news broke on the $15 minimum wage legislation, Astron Solutions’ Michael Maciekowich noted that the impending changes caused quite a stir.  According to Mike, “numerous Astron clients in New York State called, concerned that the ‘fast food’ minimum wage would in essence become the new state minimum wage, in that these organizations compete for entry level staff with the fast food industry. As the ‘fast food’ minimum wage increases to $15.00 over the next three to five years, organizations that compete for staff with this industry will have no choice but to raise their minimum wages to compete.  This will also have a domino effect, in that this increase in the entry wage will create pay compression with coordinators and supervisors in the same work units.  This compression will add unforeseen additional budgetary impact.  For non-profit organizations, this will just add to concerns of how to address increasing pay expenses with already shrinking revenue dollars.”

In accord with Mike’s thoughts, in April, New York Governor Cuomo signed a $15 minimum wage plan that will

While some organizations are wondering if they can really afford the continual increases, other organizations seem to be slowly addressing this concern by creating their own solutions. This month, Jamie Dimon wrote an Op-Ed in The New York Times about JP Morgan’s plan to raise its minimum wage for 18,000 employees to between $12 and $16.50 per hour, with geographic and market factors considered.

Meanwhile, a Fast Company online article last year examined the popular fast food chain Chipotle, and how they could address the living wage issue. Chris Arnold, a Chipotle spokesman, mentioned in an e-mail to Fast Company that “we have never taken a position on the minimum wage and believe that a minimum wage or starting wage tells only part of the story; We already pay above minimum wage and offer benefits that are more than competitive.” Some of those benefits include paid sick & vacation days and tuition reimbursement. The Fast Company Online article explained that even if the company had the CEOs’ paychecks reduced to $1 per year and divided the compensation among the current employees, it would result in only a $0.55 increase per hour for an employee working 40 hours per week. So what can they do?  Consider that in San Francisco, the minimum wage increased to $12.25, and will increase to $15 by 2018. Coincidently, it had been noted that Chipotle raised its menu prices in the city by 10%. Such a move sends the message that customers have to share in the responsibility of lifting minimum wages. In short, if you can afford an $11 burrito, then you can probably pay for the same burrito with the cost increased by $1. Time will tell if this will work.

Could you adopt this approach if your organization is affected by minimum wage increases? Would you consider adopting this approach proactively? Have you prepared other solutions to address the minimum wage issue? Write to Astronology. We’d love to hear your input!