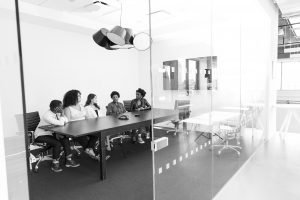 Diversity, Equality, and Inclusion (DE&I) initiatives are not entirely new. The recent demand for social justice resulted in DE&I becoming hyper-focused. In response to calls for change, leaders in every sector have been carefully reviewing their organizations and reflecting on if they really are contributing to DE&I efforts within the organization and the communities they directly effect.

Evidence shows there’s much work to be done. For instance, a 2016 SHRM research report forecasted that one out of every two new workers entering the workforce by 2025 will be Hispanic. But a December 2020 report from the Economic Policy Institute explained that Hispanic workers were “least likely to be able to work from home and most likely to have lost their job during the COVID-19 recession.” In 2019, 63% of C-level jobs were comprised of white men, while women of color only accounted for 4%. A January 2020 Gartner study revealed that only 40% of employees believed their supervisors foster a workplace that is equitable and inclusive.

With the recent push for more DE&I efforts, Corporate America has made some attempts to concentrate on moving DE&I initiatives forward. Some of those attempts include the following:

Corporate America is not the only group that has made recent moves in the DE&I space. We’ve also seen some recent adjustments on the Federal level:

Some feel that some of these public-facing efforts in Corporate America and in the U.S. Government are not genuine movements for change, and are instead a façade for good publicity. While these efforts are wonderful to see, it is equally important that organizations make sure these efforts match internal practices and evolve workplace culture to truly foster diversity, equity, and inclusion.

Has your organization made efforts to demonstrate support for DE&I initiatives? Have these initiatives been more public-facing, or more internal workplace culture-related? Please share your thoughts and ideas in our comment box below!