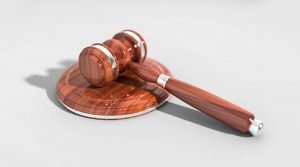 On September 30, 2020 California Governor Gavin Newsom signed into law SB-973. While this law mostly affects California employers with 100 employees or more, organizations nationwide are bracing for similar laws to be passed in their states and major cities. In this Astronology®, we take a deep dive into the California Equal Pay Act and how it will affect pay equity in 2021.

Under this new law, California employers (a) with 100 or more employees and (b) that are required to file an annual Employer Information Report (EEO-1) under federal law, must submit an annual report to the Department of Fair Employment and Housing (DFEH) that includes the number of employees and the hours they worked

Employers with multiple establishments must submit a report for each establishment (even for their locations outside of California) and a consolidated report that includes all employees. March 31, 2021 is the first reporting deadline.

What were the Significant Changes to the Equal Pay Act?

After this, additional adjustments have occurred nearly each year. In 2017 race and ethnicity were added as protected categories and employers were prohibited from using prior salary to justify pay disparities. In 2018 the law extended its coverage to public employers, prohibited employers (with one exception) from seeking applicant salary history, and required employers to supply pay scales upon the request of an applicant. The recent enhancement of reporting is right in line with California’s fight to eliminate pay disparities in the workplace.

While many are hopeful that this new reporting policy will help minimize pay discrimination, there is concern that the reporting does not reveal all the factors for why pay gaps exist. Employment law group Fisher Phillips shared on their company blog, “…the data provided may reflect a disparity when in fact none exists, as a myriad of other non-discriminatory factors could potentially lead to pay gaps. For example, over the course of one’s career, pay is increasingly influenced by one’s chosen career path, which includes varying factors like previous jobs, experience, education, performance, level of responsibilities, and geographic locations. Moreover, additional disparities may exist due to overtime pay, shift differentials, bonuses, and the exercise of stock options, to name a few variables contributing to one’s wages.” We are all eager to see if this salary reporting initiative is worth the effort.

It must be acknowledged – pay disparities based on protected classes exist. For instance, African American women earn 61 cents and Latinas earn 41 cents for every dollar earned by their white male counterparts. Worker advocates believe this new reporting feature will hold large employers accountable for what they are paying their employees. It will move them to internally evaluate and to correct common yet unseen pay disparities. Only time will tell if this reporting adjustment can make a significant change in establishing fair pay.

Lawmakers outside of California are especially taking note of this new legislation. A month after the law was signed, Bloomberg Law reported that New York and Rhode Island also are considering similar requirements.

What Should Employers Do Now to Prepare?

This new law creates additional work for employers. The time to begin your internal auditing is now! Consult with legal counsel and compensation auditors to examine the current state of your organization’s pay equity, and develop a plan to correct any issues as soon as possible. Did you know that Astron Solutions offer pay equity audits? Click here to request more information.