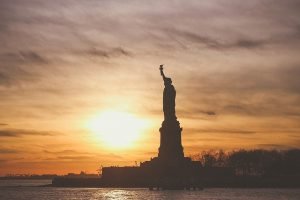 As the dust continues to settle after an intense election season, it is important for Human Resources to take stock of its current concerns and prepare for possible adjustments & new hot topics. The events of 2020 have certainly taught us there is a need to be fluid. The recent presidential election and its possible impact is no different. As it stands currently, Democratic nominee Joseph Biden has won the popular and the electoral vote for the presidential seat. The U.S. House of Representatives is majority democratic, and we will learn what political party will hold dominancy in the U.S. Senate after the January 5th 2021 Georgia runoff election concludes. Those in the field of Human Resources should keep a keen eye out for changes in policies in all areas. In this issue of Astronology®, we will review some policies that could possibly be subject to adjustment over the coming months and years.

Coronavirus Response
As it stands, the protections tied to the Families First Coronavirus Response Act (FFCRA) are set to expire on December 31, 2020. Enacted in March 2020, we all hoped by its expiration that the COVID-19 virus would have been contained. Unfortunately, the United States is currently experiencing a surge of new COVID-19 cases heading into the fall / winter season. The U.S. House of Representatives has already voted to extend the FFCRA’s protections though 2021. The Senate has yet to weigh in on this policy. We most likely will not hear from them until after January 5th, 2021 election. The Biden administration has made it clear that they want to get the United States’ Coronavirus numbers under control. As a result, many employers are anticipating stricter safety and sanitation guidelines from OSHA. Additionally, the Biden administration wants to double the number of OSHA investigators, as well as provide “restart packages” to help businesses cover the costs of PPE and other safety precautions.

401(k) Tax Break
The Biden administration plans to “equalize” the traditional 401(k) tax break plans. Currently, upper income workers benefit from a stronger tax break than those with middle or low income. While the Biden administration has not revealed how or what percentage would allow for a more equal benefit, an online article from Roll Call did highlight a possible number. Writer Doug Ford explains, “… the Urban-Brookings Tax Policy Center has estimated a 26 percent credit would be roughly revenue neutral over the first 20 years and beyond, which the Biden campaign is aiming for… under this plan, someone earning $600,000 would get the same tax break as someone making $60,000—an identical $260 tax credit for their $1,000 retirement contribution.” Will this be enough to motivate those in the lower income-tax bracket to contribute? Could this result in individuals within the high income tax backet to change how they contribute? How could this adjust impact small-businesses’ ability to offer matching contributions? Will such a change hinder small businesses from even offering a plan? In time, we will see.

Federal Minimum Wage
The Biden administration has gone on record supporting an increase to minimum wage, possibly starting by renewing the “Raise the Wage Act” the House of Representatives passed back in July 2019. While such a move could pull many people out of poverty, there is concern that it also could have a negative impact on small businesses and the economy overall. Regardless, in the absence of a federally mandated minimum wage, roughly 21 states have already developed their own minimum wage increase plans. Eight of those states have approved a $15 an hour minimum wage increase.

Astronology® looks forward to tracking the possible new changes in HR coming with the new administration in Washington, D.C. As in the past, we’ll be sure to give further insights as time goes by and as more specific policies & adjustments are announced.