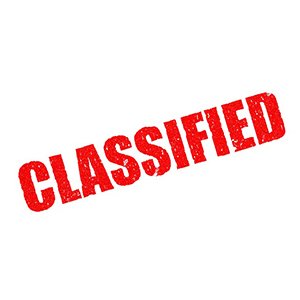 On May 11, 2016, President Obama signed into law the Defend Trade Secrets Act (DTSA). This legislation allows employers to sue in federal court to combat misappropriation of trade secrets. Previously, employers had recourse under differing state laws, which varied in their definitions of “trade secrets,” as well as in the remedies available. The DTSA will create a uniform standard for addressing trade secret theft, which may prove particularly useful for companies which operate out of multiple states. Notably, however, the new law carves out an exception for certain disclosures made by whistleblowers and requires employers to notify employees of this exception.

The DTSA defines “trade secrets” broadly, as “all forms and types of financial, business, scientific, technical, economic, or engineering information, including patterns, plans, compilations, program devices, formulas, designs, prototypes, methods, techniques, processes, procedures, programs, or codes, whether tangible or intangible, and whether or how stored, compiled, or memorialized physically, electronically, graphically, photographically, or in writing if (A) the owner thereof has taken reasonable measures to keep such information secret; and (B) the information derives independent economic value, actual or potential, from not being generally known to, and not being readily ascertainable through proper means by another person who can obtain economic value from the disclosure or use of the information.”

An employer who sues for wrongful disclosure under the DTSA will be able to request an “exparte seizure,” which allows the court, under certain limited circumstances, to seize property when necessary to prevent the propagation or dissemination of a trade secret. Employers will also be entitled to seek damages, including exemplary damages for willful or malicious misappropriation (up to double the amount of actual damages), as well as injunctive relief and attorneys’ fees.

It is important to note that the DTSA requires employers to include in any new agreement entered into with service providers governing the use of trade secrets, such as confidentiality or nondisclosure agreements, a notice of immunity under the DTSA for certain whistle-blowing activities. The notice may be included in the agreement itself, or the agreement may contain a reference to the employer’s whistleblower policy. The purpose of the notice is to inform workers that if they reveal trade secrets in the context of certain whistle-blowing activities, they will be immune from liability under the DTSA. To be immunized, the employee’s disclosure must either be made in confidence to a government official or an attorney “solely for the purpose of reporting or investigating a suspected violation of law,” or must be made in a court filing under seal.

This means that employers should immediately update the forms or templates they use for confidentiality agreements to include the requisite notice. Many confidentiality agreements already contain provisions providing for exceptions for disclosures made in response to a subpoena or similar government request. Such provisions should be modified and expanded in accordance with the DTSA’s requirements.

Going forward, employers who are victims of trade secret theft will have a powerful new weapon in their arsenals. Watching how this plays out in the context of the first suits to be brought under the new law will be instructive. In the meantime, employers should take steps to comply with the notification provisions of the statute without delay.