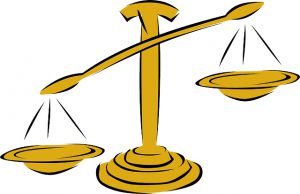 The time certainly has flown by as we close the first year of the current political administration. In June, Astronology® reflected on the first six months on Capitol Hill in 2017. In this issue of Astronology®, we review current and potential future policy changes in four areas that affect Human Resources: the Fair Labor Standards Act exemption rules, NLRB seat changes, OSHA regulation rollbacks, and the Affordable Care Act.

Fair Labor Standards Act (FLSA) Exemption Rules Update
Around this time last year, many were preparing for possible changes to the FLSA to determine exempt and non-exempt roles moving forward. However, by the end of November 2016, an injunction was made on the Final Rule, halting its December 1st start date.

What happens next? On October 31, 2017, on behalf of the DOL, the Department of Justice filed a notice to appeal the decision. The notice does not indicate what the US DOL’s motivations are or what practical arguments will be used. It is suggested that the DOL will

It’s likely we won’t hear much else until sometime in 2018.  Stay tuned for future updates!

National Labor Relations Board (NLRB)
Many have kept their eyes peeled regarding nominations for and appointments to the National Labor Relations Board, which had a few seats left vacant in 2017. In January, the Trump administration appointed Philip Miscimarra as Chairman. In August, former GOP House staffer Marvin Kaplan was approved by the Senate to an open seat on the Board. The following month, William Emanuel was confirmed to the NLRB with a 49-47 Senate vote. Emanuel’s confirmation currently gives the Republicans a majority on the five member Board.

It is anticipated that with the newly adjusted Board there may be some reverse rulings in the future, namely the Joint-Employer ruling that gave franchisors responsibility for labor law violations committed by their franchisees. Other possible rollback rulings could include 2014 rulings that sped up union elections.

Phillip Miscimarra’s term expires on December 17, at which time he will not seek a second term. We look forward to learn what becomes of the vacated seat and position in 2018.

Occupational Safety & Health Administration (OSHA)
On July 20th the Department of Labor released an updated agenda indicating many OSHA regulatory actions would be cut. 469 proposed federal regulations are being removed.  Another 391 regulations have been reclassified as “long-term” or “inactive” for further review. Some of the regulations being removed include efforts to regulate worker exposure to construction, noise, and combustible dust. Two regulations that are listed in the “long-term” category are regulations regarding emergency response & preparedness, and regulations regarding infectious diseases in the health care industry. There are also a few regulations in the “pre-rule” stage:

We look forward to seeing what will happen with these proposed regulations.

Affordable Care Act (ACA)
In our June 27th Astronology® we described the then newly presented Better Care Reconciliation Act (BCRA). It was the Senate’s amendment to the House of Representatives’ American Health Care Act of 2017 (AHCA). The BCRA did not gain the needed votes to pass. In July, a third attempt, the “Skinny Repeal,” also failed to pass the Senate. Late September another attempt was dismissed. Republicans decided to not bring the Graham-Cassidy Plan to vote, as they believed they would not secure the needed votes.

What does this mean for us now? We should follow the currently mandated Affordable Care Act in order to avoid penalties. Nothing else has changed.

We eagerly wait for what 2018 brings the Human Resources sector!  In addition, are there other federal or local regulations that have made an impact on you and your Human Resources role?  Please let us know in the comment section below.