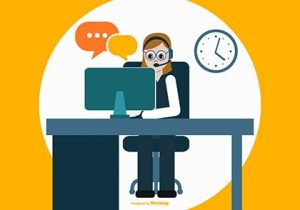 After a long, 20 quarter revenue loss, IBM, a company known to be a proponent of remote work, dismantled its remote work option this past May.  This end to the flexible work arrangement sent shockwaves through not only the tech industry but also many involved in business operations. Much has been said about flexible work – particularly remote work and how it could be used as a recruitment and retention tool. Much also has been questioned in regards to remote work’s ability to promote (or lower) productivity, efficiency, and confidence in an organization. In this Astronology® we explore remote work – is it a dying trend?

Many were startled by the change in direction from IBM, largely due to its history. In 1983 the company had 2,000 remote workers.  By 2009, roughly 386,000 people, 40% of its employees in 173 countries, were remote workers. The decision to eliminate the program comes as a surprise because another company, Yahoo, attempted a similar recall of remote work for similar reasons back in 2013. Three years later, in 2016, Verizon acquired Yahoo for $4.4 billion, far less than the $100 billion Yahoo was worth in its prime.  In addition, both Aetna and Best Buy have ended their remote work options in recent years.  Does research indicate if remote work hinders or helps an organization?

A 2017 Gallup poll reported that in 2016, 43% of American employees worked remotely at least sometimes. Considering that in 2012 this level was 39%, clearly there is growth in the use of remote employees.  A Harvard Business Review article noted that the Chinese travel website Ctrip tested half of its call center employees with remote work for nine months.  During the nine month period, the company saved $1,900 per employee on furniture and space.  It also was noted that the at-home workers were not only happier, but also more productive.  13.5% more calls were completed from the at-home staff than the in-office staff. The article also notes that employees perhaps worked more because the at-home workers started earlier, and worked until the end of the day. The advantage of a lack of commute also could have played a factor in the at-home staff’s productivity.

However, there are concerns with remote work.  Since employees are not in a common area, work assignments that require teamwork are difficult to complete.  An online The Atlantic article explains that work that depends on “collaborative efficiency,” the speed at which a group successfully solves a problem, requires communication. Even with the advancement in telecommunications, such as instant messaging and videoconferencing, the speed at which a team can both identify a challenge and then solve it, at its quickest, is when the team members are in person. The power of presence cannot be fully measured or explained, but its effects are seen by the results. In many cases, there is a fear that employees won’t work as hard without the presence of an office setting or management close by. There also are concerns on how to measure and mentor employee growth.

As remote work becomes an increasingly enticing feature for many potential employees, organizations will have to examine how this desire could be met, to both the employee’s and the employer’s satisfaction. In a Chicago Tribune online article, Kate Lister, president of Global Workplace Analytics explains, “The office is becoming a place for collaboration, while home is a place for concentration.” Perhaps remote-work can be a seasonal option for employees that would prefer to be home during the holidays.  Another option is to offer remote work for part of the week, while requiring in office days for the rest of the week.

For example, National Equity Fund has 91 of its 176 employees nationwide working from home two or three days a week. The schedule is spread out in such a way that 22 people are out of the office at a time.  On the work from home days, employees tend to start work early and end later, but take longer breaks throughout the day to take care of personal business.  CEO Joe Hagan remarks, “You’re always concerned people will not work as hard if they’re outside the office, which has proven here, at least, to be a fallacy.” The flexibility hasn’t hurt productivity.  Rather, productivity has increased by 50%.