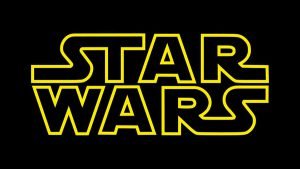 Through George Lucas’ storytelling, filmgoers have come to know Darth Vader as the epitome of evil.  But as viewers learn from the early 2000 Star Wars prequel trilogy, underneath that intimidating exterior beats the heart of a man whose turn to the dark side was largely a result of his frustration with his former employer.

What if the Jedi had an effective human resource program?  Perhaps we would have seen Anakin chatting with Yoda over intergalactic eggnog at the Jedi holiday party, rather than Darth Vader bowing to the evil emperor in Revenge of the Sith.

So where did the Jedi’s HR program go wrong?  At first glance, there doesn’t appear to be a problem. After all, the Jedi offer an excellent training program for new employees, surely making them one of the galaxy’s employers of choice.  Where else can you learn how to wield your very own lightsaber and do Jedi Mind Tricks?  They don’t offer that type of training even at Microsoft.

In Revenge of the Sith, we see that Anakin, now a Jedi Knight, has become one of the Jedi’s “star employees.”  However, even though Jedi Knight is a highly respectable title, Anakin is unhappy regarding his entry level status.  He desperately wants to be promoted to Jedi Master believing that this new title would bring him the respect that he feels he deserves.  What Anakin doesn’t seem to understand is that each Jedi Master has years of solid experience and knowledge of The Force under his or her belt.  As a result of this disconnect, Anakin becomes increasingly frustrated and considers another job offer.

“A Career Progression program could have helped in this situation,” explains Michael Maciekowich, National Director, Astron Solutions. “Building career paths lets employees know that they are moving forward within an organization, giving them a sense of direction. Anakin would have realized that the Jedi cared about his career growth, and that the promotion to Jedi Master was an attainable goal, had there been a clear career progression program in place.”

As the story unfolds, we see that there is also a serious lack of communication between Anakin and the Jedi’s upper management, the Jedi Council.  In fact, Anakin reveals to his wife that he feels lost and doesn’t believe that the Jedi Council trusts him.

“The Council could have considered a First Impression Survey, which is given to employees within their first few months of employment. This is a crucial time to provide integration into the organizational culture, encourage open communication, and let new employees know that you value their feedback,” says Jennifer C. Loftus, MBA, SPHR, PHRca, GPHR, SHRM-SCP, CCP, CBP, GRP National Director, Astron Solutions.

Offer great benefits, you should.

One major reason why Anakin eventually turns to the Dark Side is because he believes that they offer better “benefits” (and we don’t mean a good dental plan).   The confused, young Jedi is concerned that he is going to lose someone close to him due to medical reasons, and believes that his new position will offer him the “ultimate” in healthcare insurance.  As he quickly learns, however, his new employer wasn’t exactly truthful about the health coverage.

Perhaps the Jedi weren’t clearly communicating their own benefit plan to Anakin.  Increased communication and attention to employee feedback could have helped in this situation as well.

“When choosing from the vast array of benefit offerings, it is important for HR professionals to analyze their employees’ needs. The Jedi Council should have asked their employees what standard and voluntary benefits would be of most value to them and work to make those benefits available,” explains Loftus.

It may be too late for Anakin / Darth Vader, but it’s not too late to save your own employees from the Dark Side. Remember, you don’t need The Force to make your team happy, just solid HR programs.