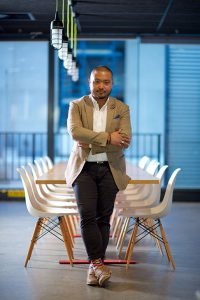 Executive pay continues to be a topic of conversation. A July 2017 Economy Policy Institute (EPI) survey reported that CEOs at the largest firms in America made an average of $15.6 million in compensation during 2016, or “271 times more than the annual average pay of the typical worker.” CEO pay continues to be exceedingly high and growing quicker than the pay of a typical worker…meaning less of an organization’s effort is being shared with the ordinary workers. What does the increasing appearance of economic inequality mean for organizations? Astronology® takes a brief look into the controversy surrounding executive pay.

An online Fortune article points out that in 1978, CEOs earned just 30 times the amount the average worker made.  CEO pay was set on scale with everyone else in the organization.  This was considered “internal equity.”  By the 1980s, “external equity” became the influence for CEO pay. This external equity meant that CEOs were paid on a scale with other CEOs. Considering that not all organizations are on the same market, this pay scale becomes problematic very quickly.

Fast forward to 2013, where a survey by the Hay Group found that 37% of CEO pay was in cash, while the percentage paid in stock and stock options was 54%. It also was discovered that a number of companies added stock options to CEO packages after the 2008 financial crisis. The thought behind this move was that since stocks were low, “giving execs equity was likely to make them richer in the longer term.” Considering that CEO pay typically is not tied as much to performance but more so to the size of the company, we can see how easily the combination of these factors may be why CEO pay has gotten so high.

Currently, there has been robust debate on whether implementing some form of pay for performance in executive pay could help with at least justifying executive pay levels. One particular aspect is the Securities and Exchange Commission’s (SEC) proposed mandated “compensation actually paid” (CAP). This mandate would require greater disclosure of executive pay, including more transparency to the company. However, some feel like this mandate will give only a “hazy” link to pay for performance.

The February 2017 Harvard Business Review article “Why We Need to Stop Obsessing over CEO Pay Ratios” gives an additional perspective to consider. Pay ratio is not comparable across different industries. For instance, investment banking will have a different pay ratio than the supermarket industry. Also, the effect of a CEO’s actions carries a bit more weight than most employees’ actions. The article explains that if the CEO improves corporate culture, that change can be rolled out organization-wide, thus having a larger effect in a larger firm. “One percent is $20 million in a $2 billion firm, but $200 million in a $20 billion firm. In contrast, most employees’ actions are less scalable. An engineer who has the capacity to service 10 machines creates, say, $50,000 of value regardless of whether the firm has 100 or 1,000 machines. In short, CEOs and employees compete in very different markets, one that scales with firm size and one that scales less.”

The author, Alex Edmans, also highlights some possible dangers to disclosing pay ratios.  “A CEO wishing to improve the ratio may outsource low-paid jobs, hire more part-time than full-time workers, or invest in automation rather than labor.” The article also notes that a CEO could raise workers’ salaries, but cut other benefits in order to compensate for the raises. More importantly, an organization provides more than just salary. The article reminds us that “… after salary reaches a (relatively low) level, workers value nonpecuniary factors more highly, such as on-the-job training, flexible working conditions, and opportunities for advancement…a snapshot measure of a worker’s current pay is a poor substitute for their career pay within the firm.” Clearly, the search is still on to find a way to understand and regulate executive pay.