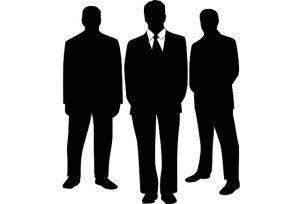 Eleanor Bloxham, founder and CEO of the Value Alliance, mentioned in a Society for Human Resource Management (SHRM) online article that a large pay disparity between executives and employees results in low morale and a negative impact on CEO effectiveness. “People feel disconnected from the CEO. They are not willing to share with management what could be fixed or improved. The people on the ground don’t feel that top management understands them.” CEOs have “become disconnected, not understanding what their employees have to deal with or what their customers are going through. They’re in a protective bubble.” Clearly such attitudes negatively impact an organization, especially in the times we live in. The economy has gotten better, but it is still rocky in various sectors and industries. Can you imagine the frustration of the employees who haven’t received a substantial wage increase, while their executive counterpart continuously receives such increases and / or large bonuses? Or perhaps the feelings of employees who perceive those executive compensation packages to be reality, even if they are not the truth?

The SHRM article also highlighted the opinion of Donald Delves, founder and President of The Delves Group, regarding the matter of executive compensation. He feels that executive compensation is not really out of control. “It’s just high, and there’s a difference,” according to Delves. He highlights that the Sarbanes-Oxley Act, the Dodd-Frank Act, and the 2006 Financial Accounting Standards Board requirement that granted stock options be recorded as an expense have all contributed to CEO pay not accelerating since 2001 as it did in the 90s. “CEO pay went down during the recession, and as corporate profits came back up, CEO pay went back up.” He does admit that despite this fluctuation the pay disparity between executives and staff is still a “very serious societal problem.” What can be done to alleviate the pressure surrounding this problem?

In October 2017, General Electric Co. announced that its new chief executive would be working with the Board to make some comprehensive changes to the company’s compensation plans to “better align the team with investors.” Although the organization declined to give more details on what those changes may be, the company did modify its bonus program for top executives to tie pay more closely to specific performance goals. It is speculated that the new adjustments may try to “modify the metrics used to determine compensation to achieve a more immediate impact.”

This is not a new concept. Six years ago, Towers Watson revealed results of a poll of 253 U.S. companies highlighting that 45% either have made or were planning to make changes to their executive pay programs in favor of strengthening the link between pay and performance. Half planned to or had already made changes to their performance measurements which determine incentive payouts. Andy Goldstein, leader of Towers Watson’s executive compensation consulting practice for the central U.S., said of the survey, “The bottom line is that each company is different, and there is no single approach that is right for all companies.” Astron Solutions’ own National Director Mike Maciekowich notes, “cookie cutter compensation packages – whether for staff or executives – often fail to meet an organization’s unique employee attraction and retention needs. While a compensation offering should reflect each organization’s unique reality, all employers must ensure effective stewardship of limited financial resources.”

Astronology® wants your input. Please write us, and let us know the following: