Back in August of 2015, The National Labor Relations Board made a refinement in determining joint-employer status. In a 3-2 decision involving Browning-Ferris Industries of California, the NLRB’s revised standard on joint-employer status is designed “to better effectuate the purposes of the Act in the current economic landscape.” In this issue of Astronology®, we discuss this new standard and how it impacts Human Resources. 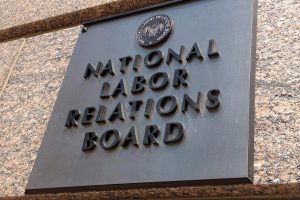 The Browning-Ferris decision broadens the understanding of what establishes two or more organizations as joint employers. A major component of this broadening is that if an associated organization has common-law employment relationship and could possibly have the ability to exercise control over employees’ terms and conditions of employment, then the NLRB views them as a joint employer. In the case of Browning – Ferris Industries, the company contracted Leadpoint Business Services to provide workers for handling the sorting of recycled materials. In the process of unionizing a number of Leadpoint workers employed at the Browning-Ferris facility, the union Teamsters Local 350 sought ruling on whether both companies (as joint employers) would be required to bargain with the union if they became the employees’ representative.

The NLRB’s newly expanded ruling suggests that the previous understanding that identified an organization as an employer “if it has to exercise direct and immediate control” was outdated and needed to be revised. The broadened definition meant that Browning-Ferris would be considered a joint employer with Leadpoint, as it can exercise some influence over the Leadpoint-hired employees.

Some believe that this change may signal the end of subcontracting or franchising. Although it may not mean the absolute end to either of these methods of doing business, it does heighten the possibility for the parent company to be found liable for labor violations; specifically, labor violations incurred by decisions made by its partner company. Those violations can span from retaliation accusations to interference with union elections. Union organizers may have stronger grounds to establish unions and would have the ability to bargain with the larger parent company.

How Human Resources will respond to this ruling has yet to be seen. Some feel like that ruling may be appealed, or even possibly revised again, depending on the change in presidential administration in early 2017. Does your organization subcontract certain responsibilities?  Have you considered the impact of Browning-Ferris on your organization?  Would you like to share your insights on the new NLRB ruling with Astronology? Contact us with your thoughts and we’ll share them in a future Astronology article!