Although the economy appears to be unsettled with unemployment moving towards the 6% mark, there is an increasing reliance on temporary employees to meet production and service needs. In 2000, staffing companies on an average day employed over 2.5 million temporary workers. In 2001, the figure grew to over three million. When you add the number of “freelance” employees in the market today, this number swells to just over five million. 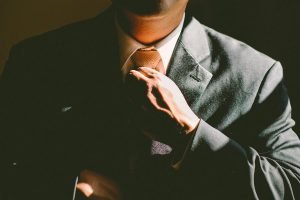 In the past, when a recession or signs of one were apparent, temporary staff use declined. In the first two quarters of 2002, the opposite occurred. Organizations are eliminating regular positions and replacing these with in-house temporary or pool staff. This model allows the organization to have staff available as needed, eliminate middlemen, and reduce the overall cost of utilizing these employees. In healthcare, for example, a temporary agency Registered Nurse may cost up to $60 per hour. The cost of an in-house pool RN can be as little as $30 per hour, a substantial savings.

In response to this growing need, a new type of employee has emerged. Business Week calls them the “Just-in-Time Employee.” In the latter half of the 20th century, power flowed to big corporations, where employees were replaced like light bulbs. With the 21st century economic model transitioning to a knowledge-based economy, the balance of power shifts to those with needed skills.

The talent needed for the future will remain scarce. At the same time, many industries believe it is better to have fluid, nimble workforces that grow or shrink according to market demands. This reality has created “day-trades” in the employment game. It is estimated that over 30% of the resumes found on web exchanges such as Monster.com are from employees who are not necessarily looking for a particular position, but want to keep their options open.

Free agency has many benefits. The constant influx of new projects or assignments keeps work interesting. Lifestyle perks, such as control of time off, are a primary draw to the world of temporary employment.

Many human resource professionals view this new free agent employee as the enemy. In fact, there is often a false sense of security when human resource professionals look at their current, regular employees. According to the Department of Labor, a typical 32 year old already will have had nine jobs and may have as many as twenty jobs in their lifetime. According to Bruce Tuglan (Winning the Talent Wars), organizations have to adopt a revolving-door mentality in which former “turncoats” are viewed as “alumni” who are welcomed back in any capacity.

More progressive organizations have seen the signs of the future and have developed an alternative to temporary agency usage by creating their own in-house pool. Like an agency, pool staff are not considered regular employees. They are not eligible for any benefits and are restricted to limited hours throughout the calendar year. They are paid much more than regular full-time employees but much less than the fees charged by temporary agencies. In-house pools allow the organization to retain “alumni” who left regular employment due to work-life conflict issues or opted for the “just-in-time” approach to be available to others on an as needed basis.

The impact on the organization of this movement to in-house pool staff is dictated by how the program is developed, administered, and communicated. The following are some of the key issues with this program:

All indications are there will not be enough workers to meet the needs of the next forty years. Employees with needed skills know this and are ready to offer their services to the highest bidder. While flexibility, availability, and reduced cost are appealing, an organization’s focus must remain on internal implications of pool usage. Be sure to utilize the following:

In-house pools will remain a popular alternative to agencies in the quest for temporary help. The next few years will see their growing use. As with all innovative human resource programs, care must be taken to understand all implications on current employee morale.