The Red Circle… it’s not just an obscure 2003 French film, but is something that may be affecting your employees’ salaries and future. When it comes to a “red circled” employee, the situation could be more dramatic than the plot of any movie. 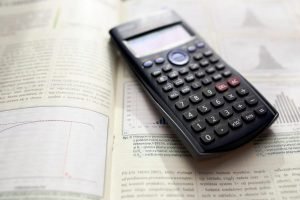 When an employee salary has been “red circled,” it means that its rate has been frozen at the maximum wage determined for the position. This is based on what the market will bear. The position is considered “topped out” at a specific salary, and the employee is then ineligible for future pay increases, including service based, performance based, or general salary increases. Many times, this happens to a dedicated, long-term employee who has reached the maximum salary level through years of raises. This can present a predicament for employers who want to continue to reward and retain the “red circled” employee.

What should you do?

The first step should be to take a look at the salary range to see if it’s still appropriate. At times, there are certain high-demand skills that employees encompass that deserve to be rewarded according to the market-based pay standard. A special, non-permanent adjustment can be made to the employee’s salary in accordance to these special skills.

If the employee is a star performer, consider paying a lump sum or offering extra time off in lieu of a salary increase. It should be noted that there are certain FLSA issues with paying a lump sum or offering extra time for non-exempt employees. Both can be viewed as part of the employee’s wage and because of that, there can be overtime implications. In addition, if you provide a lump sum to an exempt employee and the amount is calculated on actual hours worked, you can run the risk of losing the FLSA exemption for the position.

However, if neither situation applies, you may want to consider no increase at all, since the individual is already paid above the standard for the position.

Another option, as Astron Solutions consultants have recommended to numerous clients in compensation audits, is to institute a temporary “Over Range Maximum” bonus to be phased out over a three-year period:

Year One – The pay adjustment is to be paid as a flat dollar amount, and divided equally each pay period over a year. Employees near the maximum would receive the amount remaining after the maximum is met.
Year Two – The amount in Year One is reduced by 50%.
Year Three – The “Over Range Maximum” bonus is eliminated.

What if I don’t want to “red circle?”

Astron Solutions’ client work reveals that in some organizations, a large percentage of employees are more than 50% above the minimum of the range of pay for their jobs. This is due to the fact that many organizations are choosing not to cap employees’ salaries at the maximum of the pay range. Unfortunately, this can present a host of other problems:

By not limiting base pay within a defined pay range, the exercise of setting job value is irrelevant.
It sends a message to the employee that individual tenure, rather than job performance or the value of the job itself, is what is important.
The ability of the organization to control their salary expense is eliminated.

There are steps that can be taken to avoid “red circling.” Employers can strengthen and increase the responsibilities and duties of a position so that salary increases would be warranted. If possible, employers should offer tuition reimbursement to “red circled” employees to learn new skills, and add credentials, in order to increase their value.