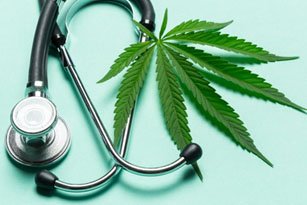 Although marijuana remains a Schedule I controlled substance and is still illegal under federal law, many states, including New York, have passed legislation providing medical marijuana users with employment protections under state disability laws. Hence, a blanket policy prohibiting the lawful use of marijuana may no longer be legal in states that have adopted reasonable accommodation laws for the use of medical marijuana off duty. Employers must address any legal issues that arise out of marijuana usage on a state-by-state basis.

Despite the fact that some states categorize medical marijuana users as having a disability, federal law does not follow suit. For example, the Americans With Disabilities Act (ADA) provides employee protections from discrimination on the basis of a disability and requires employers to provide a reasonable accommodation to an employee with a disability to enable the employee to perform the essential functions of his/her job (unless such accommodations impose an undue hardship on the employer). Although individuals with disabilities that typically qualify for the employee protections under the ADA are often prescribed medical marijuana as part of their treatment, the ADA specifically excludes protections for individuals with a disability who currently engage in the use of drugs deemed unlawful by the Controlled Substances Act (CSA). Since marijuana is still a prohibited Schedule I Substance under the CSA, courts will generally find that employers do not have to accommodate the use of medical marijuana under the ADA.

Drug testing employees for marijuana in states that have legalized medical marijuana has created a hazy problem for employers. Random drug testing used to provide employers with an obvious method to enforce the company’s zero-tolerance policy for marijuana. However, unlike a breathalyzer test for alcohol, drug tests for marijuana are unable to yield the precise results to indicate impairment. Since marijuana may take a long period of time to be metabolized out of an employee’s system, routine testing for marijuana can lead to many false positives. For this reason, employers in states which have legalized medical marijuana must tread very carefully when making employment decisions based on an employee’s positive drug test.

Even in states where medical marijuana users are afforded employer protections under state law, employees who use medical marijuana on the job will not be shielded by state laws. For example, in New York, the CCA does not bar an employer from enforcing a policy that prohibits employees from using a controlled substance while performing job duties. Additionally, the CCA does not require a business to take any action that could potentially violate a federal law or cause the company to lose funding.
It is also important to note that employers in safety-sensitive fields or who have federal contracts in states where use of medical marijuana is legal, may not have a choice regarding their stance on the use of medical marijuana.

In light of the recent legalization of medical marijuana, here is what employers in states such as New York, Connecticut and Delaware can do to comply with both federal and state laws:

Even though many states have legalized the use of medical marijuana, employers who still feel strongly about their employees steering clear of marijuana must explicitly state their position by adopting and implementing a clear company policy outlining their expectations and consequences of a positive test result. Employers will still be able to reserve their right to legally terminate employees for their recreational use of marijuana, but not medical use of marijuana, if the employer enforces a prohibitory policy at the workplace.