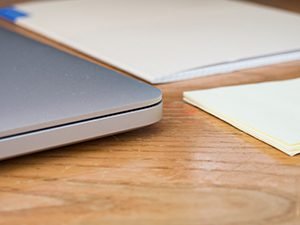 What do the NFL, the cereal brand Kellogg’s, and Long Island University Brooklyn Campus (LIU-Brooklyn) have in common? They all have dealt with employee lockouts in the last five years. Given the September 14th end to the LIU-Brooklyn faculty lockout, in this issue of Astronology® we discuss lockouts and work stoppage in general.

Strike vs. Lockout…what’s the difference?

Both lockouts and strikes are forms of work stoppage. However, the ways they develop are different. Strikes occur when employees decide as a group to stop working during a labor dispute. In some cases, striking can be illegal. For instance, certain labor contracts, as well as certain public service employees, are not allowed to strike. An exception to this rule could be if the job has hazardous work conditions. Oftentimes, the National Labor Relations Board (NLRB) determines whether a strike is lawful.

Lockouts occur when management decides that employees should stop working during a labor dispute. In some instances, employers will hire replacement workers, even though locked out employees are entitled to their jobs after the lockout ends. The NLRB lists a number of things employers can do with respect to lockouts and strikes, including the following:

Lockouts in the Education Field

In the case of LIU-Brooklyn, the faculty lockout was an unprecedented move in the higher education field.  SHRM mentioned in an online article that these lockouts rarely occur for a number of reasons. For instance, it is speculated that the current NLRB is more prone than prior boards to rule against employers. Publicized lockouts also can give the employer a negative label in the eyes of the public. In the case of the higher education sector, where the needs of the student are directly linked to the quality of the staff, if the staff isn’t happy, students aren’t either.  For the business and advertising aspects of higher education, this is bad publicity, and bad for business.

LIU-Brooklyn initiated its faculty lockout in order to avoid a strike, since previous negotiations have resulted in strike votes.  The faculty lockout, which started September 2nd, lasted until September 14, 2016. The solution reached? LIU administration extended the faculty members’ previous contracts until May 2017, and will reimburse healthcare costs incurred during the time period of the lockout for the affected 400 professors.

What of the other companies mentioned in the beginning of this article? Back in May 2015, Kellogg’s was found guilty of unlawfully locking out 200 employees for nine months at its Memphis, Tennessee cereal plant.  Kellogg’s had to bargain with the union, offer to reinstate any locked out workers who had not returned to work, and give back pay and benefits lost during the lockout. For the NFL, in 2011 the 18 week, four day lockout ended with NFL owners approving a 10 year bargaining collective agreement that was later ratified by NFL players.

Has your organization ever faced a form of work stoppage? How was it handled? Share your thoughts with Astronology® and we may feature your response in a future article!