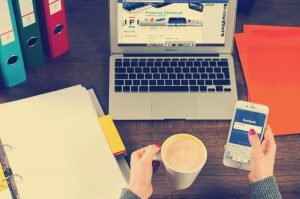 An employee’s Facebook post and its comments about an organization resulted in the organization firing all employees that participated in the on-line discussion. The National Labor Relations Board (NLRB) found that these employees actually were engaged in protected concerted activity, making termination inappropriate.

Workplace venting via social media is becoming an increasing concern for employers and employees alike. Where do labor laws stand on the ever-growing issue of personal social media accounts and the workplace? How do organizations handle it?

Since 2012 state lawmakers have been introducing legislation to prevent employers from requesting passwords to candidates’ and employees’ personal internet and social media accounts in order for those individuals to get or keep a job. By 2015, around 23 states have introduced or considered legislation that would protect employee privacy by barring employers or potential employers from requesting usernames or passwords to social media accounts and / or requiring employees to invite their employer to join their personal social media network.  Nine states (Connecticut, Delaware, Illinois, Maine, Maryland, Montana, New Hampshire, Oregon, and Virginia) enacted some form of social media legislation in 2015.

Besides being aware of state legislation, it is also important to understand labor laws from the National Labor Relations Board’s perspective.  One major legal concept to remember is the protection of an employee’s rights to engage in “concerted activity.”  Examples the NLRB’s website uses to explain concerted activity include the following:

The Wolters Kluwer Legal & Regulatory U.S. blog gave other real-life examples of areas where employers have to be mindful not to violate employees’ rights in regards to social media usage, as well as not violate other labor laws:

Does your organization have policies and practices in order to avoid violating employees’ rights when it comes to social media usage and workplace venting? Are you keeping up to date with the evolving laws? What advice would you give to other employers in regards to how to handle this situation? Share your comments with Astronology – we’d love to continue the discussion with our readers!